For those who care about what they eat

Cullen’s Foods was born out of a love of food, growing and community.

Cullen’s canned beans are produced without any salt, colourants, preservatives, or firming agents – only beans and water.

Every can is BPA non-intent (“BPA-NI”), meaning bisphenol-A was not intentionally added during any stage in the manufacturing process.

A kitchen classic, great in chilis and soups.

A great source of protein and fibre, and lend themselves to a wide array of dishes.

Cullen’s only buys from Canadian, organic growers which allows us to tell the whole story. To learn more about the brand, farmers, and product story, check out our animation and follow us on Instagram @cullensfoods.

Cullen’s Foods was born out of a love of food, growing and community. We only deal with Canadian farmers we know to transparently provide the best quality products in a manner that improves our physical health, our environment and our communities – locally and abroad.

Our mission is to provide a thoughtful alternative for people who care about what they eat – where it comes from, who produces it, how it affects their health and the environment – and want to be a part of a better system through the choices they make.

As part of our commitment to making a difference, we have partnered with S.H.A.R.E. agriculture foundation – a registered charity – to support sustainable and socially responsible agriculture elsewhere in the world. With the help of S.H.A.R.E., we have earmarked 1% of our sales to go towards programs aimed at improving small scale agriculture in south and central America. Learn more> 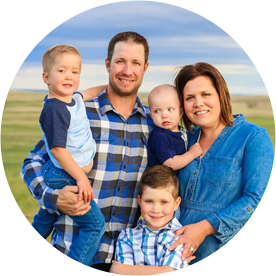 Tyler and Sarah Frey began organic grain farming in 2017 near Bengough, Saskatchewan in Southern Saskatchewan. They have successfully produced a variety of grain and pulse crops over the last few years. They also run a herd of 200 cattle alongside Tyler’s parents since 2012. Off the farm Tyler works as a journeyman welder with SaskPower and Sarah is a Registered Nurse working in the ER. 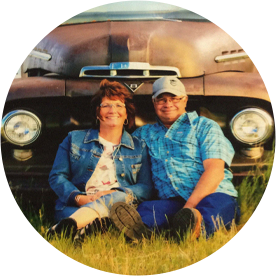 Rod & Marcy Frey, parents to Tyler Frey of Bengough, SK, started farming in 1983 with a 200 head cow/ calf operation. In 2008 they went organic and currently seed about 1000 acres of crops including wheat, oats, peas, and lentils.

Tyler Robertson is a 6th generation farmer outside Ridgetown, Ontario (where Cullen’s founder Ben coincidentally attended agriculture college). As the youngest among Cullen’s growers, Tyler is a recent graduate from the University of Guelph with an innovative approach to farming – including homebuilt equipment to deal with the constant weed pressure of organic farming. 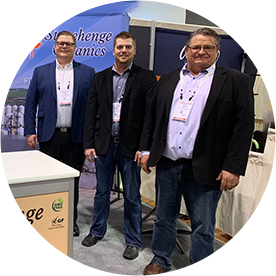 Milo and Madison Chubb are the father-son team behind Stonehenge Organics, a fourth generation family farm spanning over 5000 acres in the heart of the Palliser triangle located in southern Saskatchewan. Stonehenge organics is a grower with onsite processing of pulses including lentils and chickpeas.