For those who care about what they eat

Cullen’s Foods was born out of a love of food, growing and community.

Cullen’s canned beans are produced without any salt, colourants, preservatives, or firming agents – only beans and water.

Every can is BPA non-intent (“BPA-NI”), meaning bisphenol-A was not intentionally added during any stage in the manufacturing process.

A kitchen classic, great in chilis and soups.

Cullen’s only buys from Canadian, organic growers which allows us to tell the whole story. To learn more about the brand, farmers, and product story, check out our animation and follow us on Instagram @cullensfoods.

Cullen’s Foods was born out of a love of food, growing and community. We only deal with Canadian farmers we know to transparently provide the best quality products in a manner that improves our physical health, our environment and our communities – locally and abroad.

Our mission is to provide a thoughtful alternative for people who care about what they eat – where it comes from, who produces it, how it affects their health and the environment – and want to be a part of a better system through the choices they make.

As part of our commitment to making a difference, we have partnered with S.H.A.R.E. agriculture foundation – a registered charity – to support sustainable and socially responsible agriculture elsewhere in the world. With the help of S.H.A.R.E., we have earmarked 1% of our sales to go towards programs aimed at improving small scale agriculture in south and central America. Learn more> 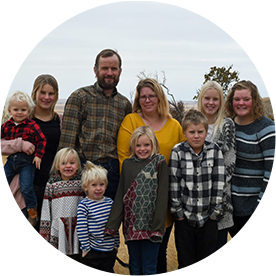 Lorin and Jody Ylioja raise goats on their organic farm alongside various crops including chickpeas and flax near the town of Birsay, in west-central Saskatchewan. In addition to farming, Lorin has a cabinet making business and built much of the family home himself where they live with their eight children. 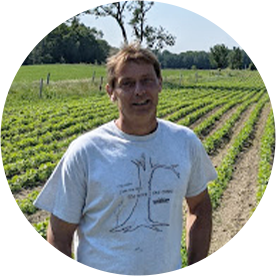 Tom Trick is the current generation to run Trick’s Creek Farm between Clinton and Bayfield, Ontario. Trick’s Creek, named for the family, runs through the heavily wooded and naturalized property where grass-fed beef cattle roam between various pastures and sections of organic row crops which include black beans for Cullen’s Foods. 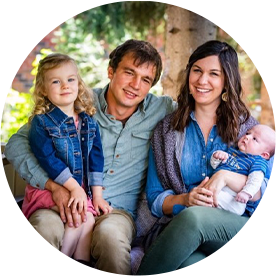 Johannes and Jacqui Knap farm with his parents Josef and Maria who took up farming near Bayfield, Ontario after immigrating from Austria in 1989. The Knap farm has been certified organic since 2007, where they grow a mix of cash crops in addition to extensive vegetable gardens and fruit orchards. 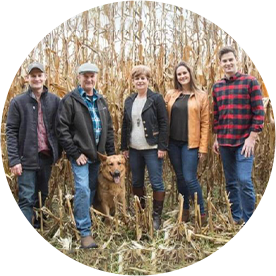 Mitchell Townsend farms with his parents Blair and Livia Townsend near Walsingham, Ontario. Together, the primary focus of their farming operation revolves around the family business Ontario Popping Corn Company, where they are widely recognized for their Ontario-grown popcorn under the “Uncle Bob’s” brand. In rotation with popcorn, they grow a variety of organic and conventional crops including organic navy and kidney beans, which are also processed at their facility for Cullen’s Foods. 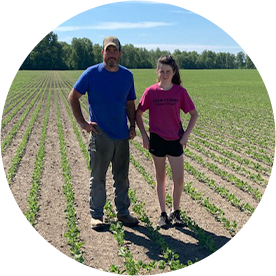 Carrigan and Jen MacDougall of Mactab Acres have been farming since 1999 near Strathroy, Ontario. Carrigan’s father and uncles are also involved to produce corn, wheat, and black beans both organically and conventionally. 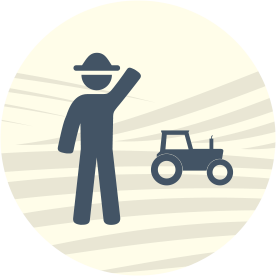 Expert Chickpea Grower, while shy of farmer-fame, is both a grower and processor of Canadian-grown, organic chickpeas between Calgary and Lethbridge in Alberta. For more information on this lot-code, feel free to contact Ben Cullen at bcullen@cullensfoods.com.